January 5, 2020 ended the 31st consecutive season of monitoring migrating raptors at the Franklin Mt. Hawkwatch, near Oneonta in NY’s northern Catskill Mountains.  No birds were tallied under overcast skies with gusty WNW winds. 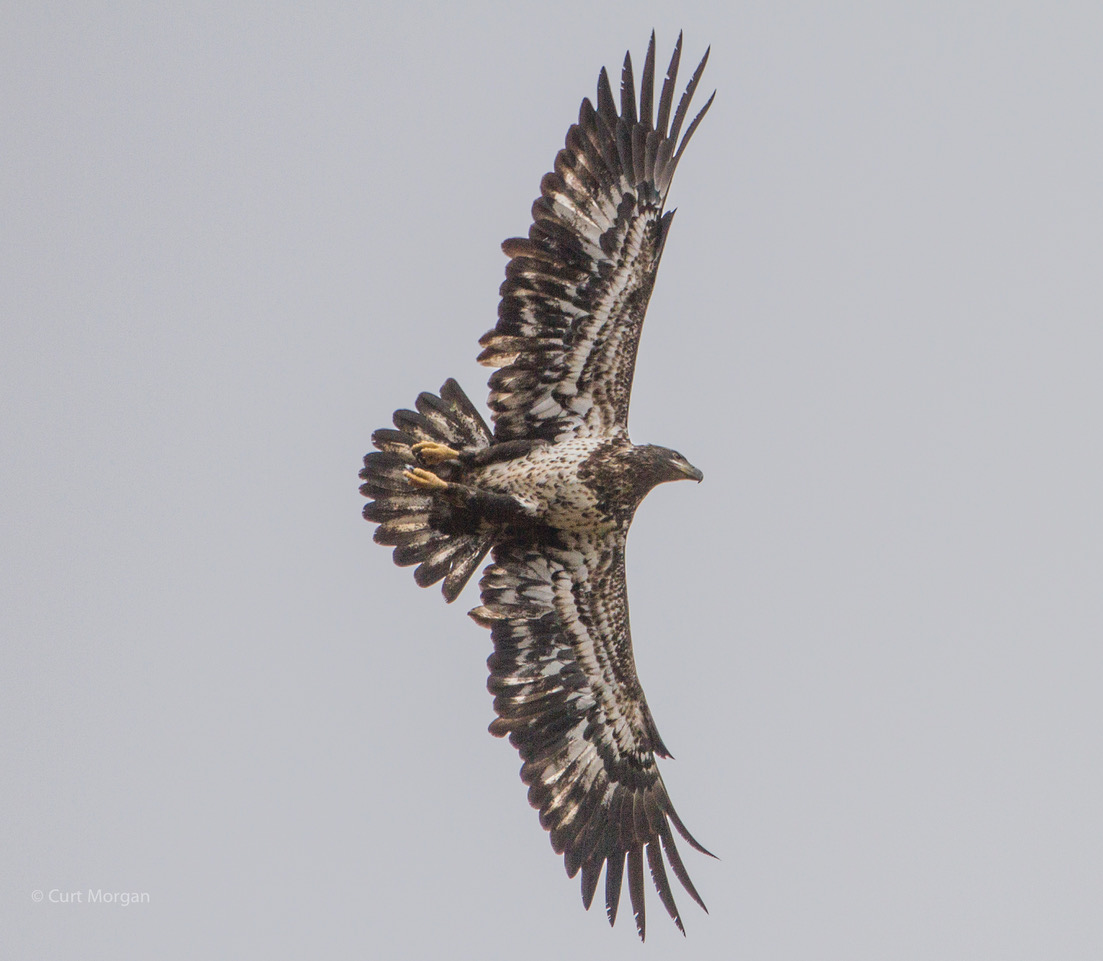 Whereas the 2018 season was notable for a large concentrated movement of Golden Eagles in the second half of October, this year was the exact opposite.  Only one golden was counted in Oct., 2019, a great aberration from the norm.  This is even stranger considering the record-shattering 254 counted in Oct. 2018.  A typical October at Franklin Mt. would produce 50 or so Golden Eagles, so this represents two extremes in succeeding years.

Over half of last year’s October tally came on one incredible date, Oct. 25, when counters and visitors spotted 128 GE’s—a single day record for eastern North America.  Even setting aside this huge day, Oct., 2018 far surpassed any other October in site history.  The drop to one bird this year is inexplicable.  Will the species return to form next season?

Red-tail Hawks totaled 922, only half of the average of 1727, continuing a downward trend for this stalwart of Franklin Mt. numbers.  All accipiters were notably down, as were Osprey and kestrels.  Record season highs were set for Turkey Vulture and Broad-winged Hawk.  No Black Vultures were spotted, throwing cold water on a hoped for regular appearance following last season’s count of 15 and 2017’s six.  Only two BVs had been recorded in the previous 28 years.

Total raptors were 5237, largely due to the excellent Broad-winged Hawk count in September.  This makes two seasons in a row above average for total birds.

All Franklin Mt. Hawkwatch data is available at www.hawkcount.org.

Thanks for their dedicated service goes to counters Peter Fauth, Becky Gretton, Steve Hall, Carol and Randy Lynch, Pam Peters and Tom Salo, and also to the spotters and visitors who helped out this year.