DOAS will be having their annual Charter Dinner Friday October 17, 2014. This year it is at the Depot Restaurant, 4½ Railroad Avenue, Oneonta. Social hour begins at 6PM, the buffet at 6:30PM, and the program at 7:30PM. The public is invited to join us for the program. The speaker this year is Robert Mumford, a well known photographer whose work has been published in many books and magazines including National Wildlife, Birding, The New York Times and Wild Bird Magazine. He travels extensively to photograph birds, wildlife and natural scenes. Mr. Mumford over the past six years has traveled 15 times to Ecuador to photograph the beautiful birds. His photographs from his Ecuador travels will be published in a forthcoming book. The buffet cost is $20 per person Reservations must be made by October 13th by calling 607-563-2924 or mailing a check to: Julia Gregory, PO Box 641, Unadilla, New York 13849.

Registration forms for mailing are available on Page 10 of the September 2014 Kingfisher found here:

Bob Mumford was raised in Westfield, NJ. He became interested in photography early in life, receiving a Kodak Brownie 127 camera when he was 9 years old. He tried to photograph birds with this camera, but it was obviously inadequate for the job. His earliest (blurry) bird image was a Long-eared Owl flushing from a pine tree. Bob graduated with a degree in history from the University of Rochester. While still in college he acquired his first 35mm camera. Most of his early work with this camera was of people and scenics from his travels with the Navy. He served 24 years in the Navy, retiring with the rank of captain.

Bob has always been drawn to the natural world. Since we was quite young he has been deeply concerned about threats to the environment and the rapid loss of critical wildlife habitat. As a young man he was a hunter, but outgrew that activity and is now happy to shoot with just a camera. The skills he learned about spotting wildlife in the field and the knowledge of wildlife behavior that he acquired while hunting have been invaluable now in photography. He photographs with the Nikon system and now shoots a D300s camera. Almost all his work is done with just three lens’s, a 600mm f4AF, a 80-400mm stabilized zoom, and a 16-85mm wide angle zoom.

Bob’s work has been published in many books and national magazines, including National Wildlife, Birding, and a four page centerfold in “Ranger Rick”. One of his images is on permanent display at the National Aquarium in Baltimore by the puffin tank. He has exhibited at Chincoteague, Bombay Hook, Blackwater, Patuxent National Wildlife Refuges as well as the Audubon Naturalist Society. His work has also appeared in Wild Bird Magazine, Rails and Trails, and the NY Times. One of his images was a winner in the prestigious National Wildlife’s annual international competition and another was honored in Nature’s Best Windland Rice contest.

Bob travels extensively to photograph natural scenes and wildlife. He has worked in most of the states and Canadian provinces. He also traveled to Iceland, Costa Rica, Tanzania and Kenya. Bob has worked extensively in Churchill, Manitoba, mainly concentrating on polar bears. He recently visited South Georgia Island, a destination made famous by Sir Ernest Shackleton. And in late 2013, New Zealand, where he saw and photographed three new (to him) penguin species.

The locus of his most recent work has been Ecuador, where he has made fifteen trips over six years. His book on the birds of Ecuador is expected out in early summer 2014. Bob resides in Darnestown, Maryland, twenty-five miles as the raven flies from the White House, but a world apart. It is an oak woods without a blade of grass, populated by deer, squirrels, opossums, raccoons and foxes…not to mention tons of birds. 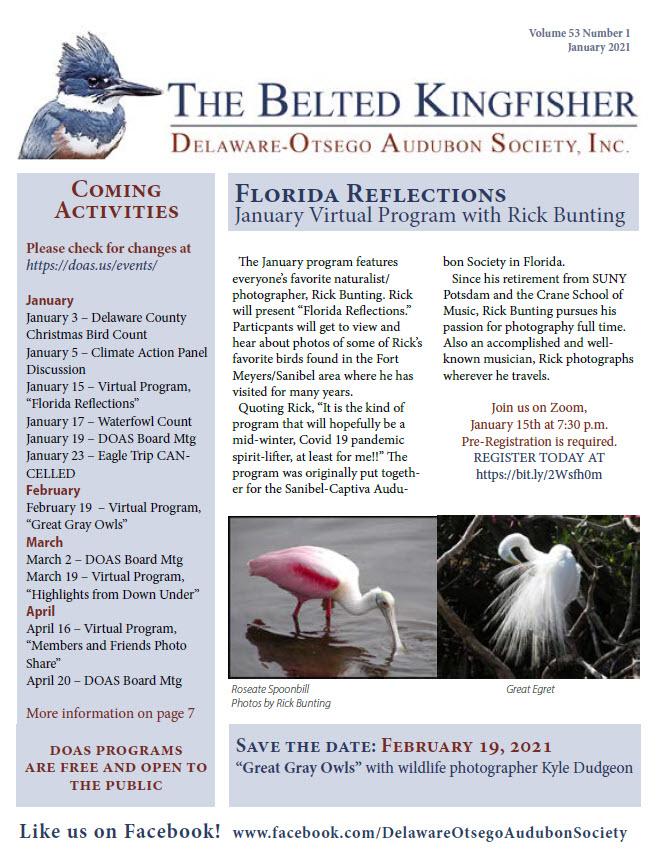 The January 2021 Issue of the Belted Kingfisher is now available online.Click the image below to view the pdf. 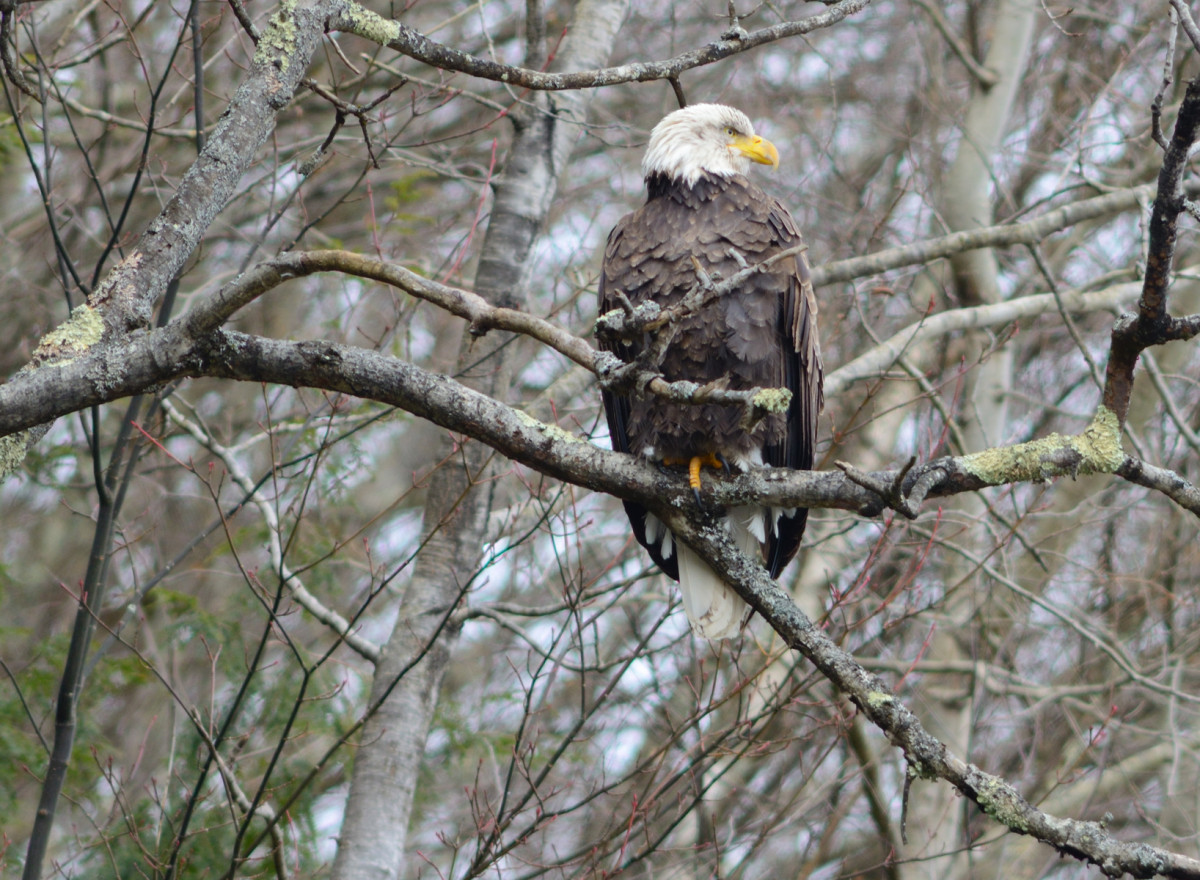 Since this winter’s DOAS field trip to view Bald Eagles and other birds has been cancelled by Covid concerns, we are providing details and a

Coming up in late March 2021, Delaware-Otsego Audubon Society will be offering FREE access to this very special program to all our members through a

Read More »
December 17, 2020
THE BELTED KINGFISHER - ARCHIVED ISSUES
We envision a healthy world where people and wildlife thrive and natural resources are protected.
The mission of Delaware-Otsego Audubon Society is to protect our natural environment and connect people with nature
to benefit birds and other wildlife through conservation, education, research and advocacy.