ONEONTA–Delaware-Otsego Audubon Society has teamed with the American Eagle Foundation to create a video on the dangers lead bullets pose to eagles in New York and elsewhere. The 13-minute video, “Lead Ammunition: A Needless Danger to Eagles and Ourselves” features interviews with hunters and their families, as well as with wildlife biologists and wildlife rehabilitators, and encourages hunters to switch to non-lead ammunition.

“The presence of fragmented lead bullets in deer carcasses and in venison is a serious and under-publicized danger to eagles and humans—particularly children,” said Andy Mason, co-president of Delaware-Otsego Audubon Society.

Mason explained that lead bullets typically break apart on impact, scattering lead fragments as far as 18 inches from the bullet’s path. Eagles that scavenge on gut piles—the entrails left behind by hunters—or on unrecovered carcasses may ingest these fragments.

A highly toxic metal, small quantities of lead can cause damage to the central nervous system and the brain. Symptoms of lead poisoning in eagles include tremors, convulsions, and organ failure, leaving the birds unable to fly or feed. Lead-poisoned eagles frequently die from starvation or predation.. Two bald eagles – one dead and one severely debilitated—were found this past winter on a Delaware County farm, Mason said.

“The surviving eagle had toxic blood-lead levels,” Mason said. “After receiving emergency veterinary care and rehabilitation, it was successfully returned to the wild. Most lead-poisoned eagles are never found.”

Bald eagles aren’t the only species to suffer. Recent studies showed over 60 percent of eastern golden eagles tested had lead levels twice as high as the acceptable threshold for children.

The video encourages hunters to voluntarily switch to alternative types of ammunition such as solid copper bullets. These bullets do not break apart on impact and pose no danger to eagles or humans. Tom Salo, a DOAS Director, has been using monolithic bullets for over a decade.

“Non-lead bullets are every bit as effective and accurate as traditional lead bullets,” he said.

“I’m very glad that Delaware-Otsego Audubon Society is raising an awareness of this important problem and offering a solution to it,” Stillman said. “It does a great service to not only the preservation of these magnificent animals and others in our environment, but to all of humanity as well.”

The video is part of a larger public education campaign by DOAS which aims to reduce lead poisoning of bald eagles. The campaign includes a full-color educational display, brochures and more. DOAS volunteers will be traveling throughout the region with the display and video to promote alternatives to lead ammunition at fairs, gun shows, and sportsmen’s expositions. The video can also be viewed at Delaware-Otsego Audubon Society’s website, https://doas.us/lead-ammunition-a-needless-danger-to-eagles-and-ourselves-video/.

The video and public education campaign is funded in part by a grant from the American Eagle Foundation Eagle Grants Program. AEF is a not-for-profit organization whose mission is to care for and protect the bald eagle and other birds of prey.

The Delaware-Otsego Audubon Society Inc. has been a chapter of the National Audubon Society since 1977. Its mission is to educate, improve environmental quality, protect and maintain ecological systems, and wisely utilize and conserve natural resources. 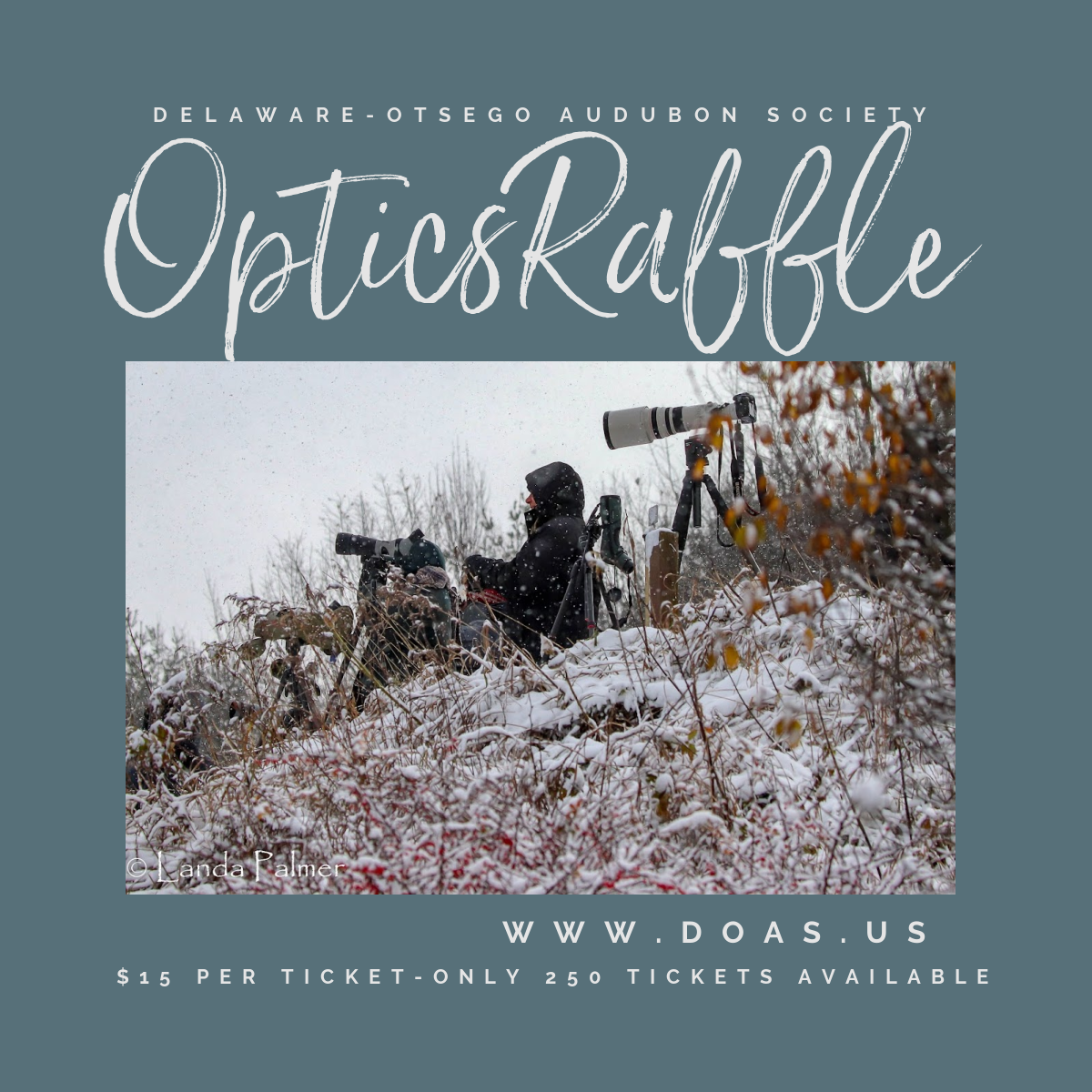 We send a very special Thank You to Wild Birds Unlimited in Johnson City for their help with this DOAS Fundraiser.  Barry and Sue Stevens are

Read More »
January 12, 2022
THE BELTED KINGFISHER - ARCHIVED ISSUES
We envision a healthy world where people and wildlife thrive and natural resources are protected.
The mission of Delaware-Otsego Audubon Society is to protect our natural environment and connect people with nature
to benefit birds and other wildlife through conservation, education, research and advocacy.